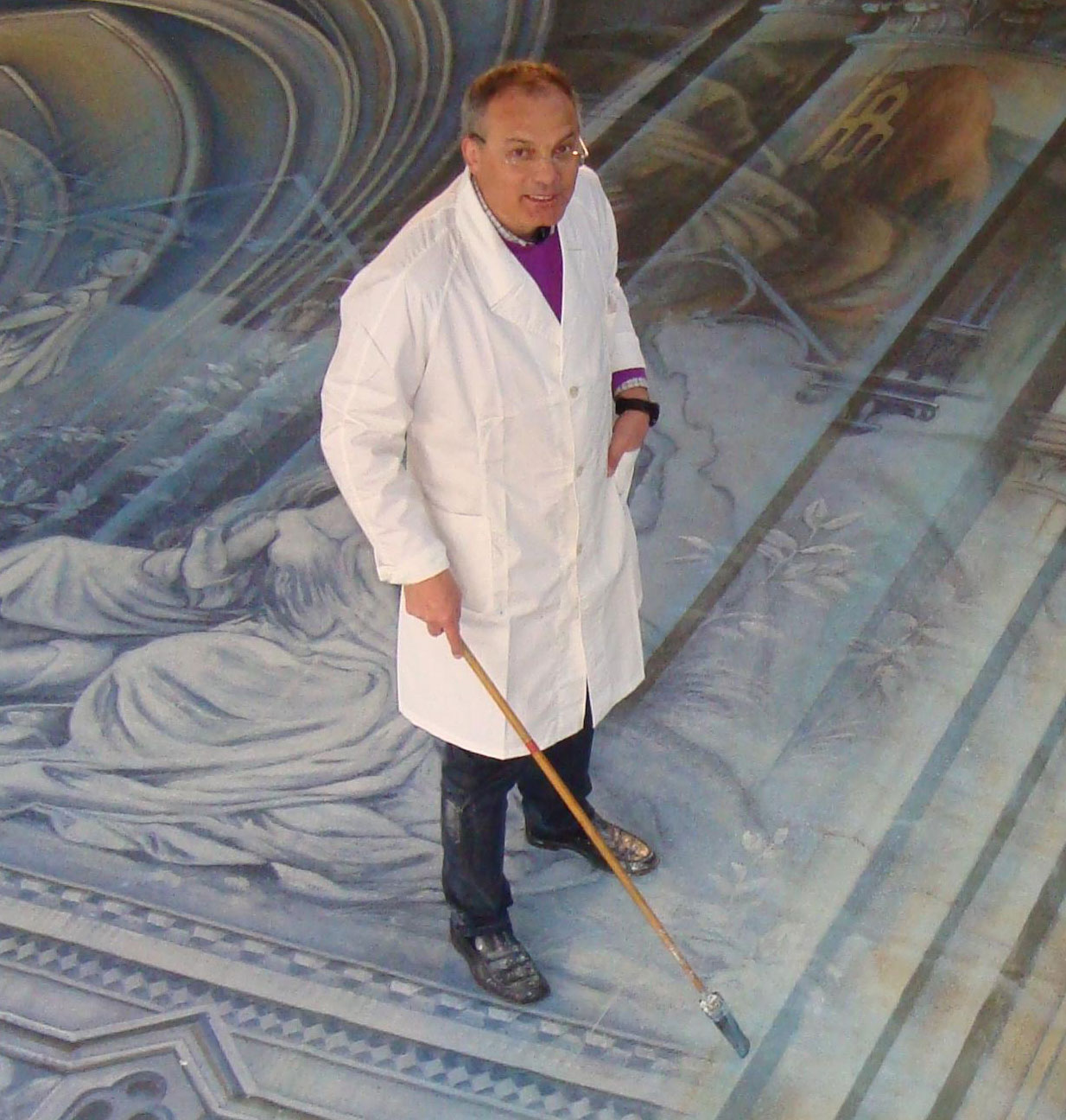 Paolino Libralato, through the precise and accurate study of Masters of Art, imitating and copying their masterpieces has reached a store of knowledge which allows him to be a real interpreter of commissioned works.

Skill and ability in giving shape to clients’ ideas, is the main characteristics of the work he carries on with his “Laboratorio di Scenografia”.

Therefor Paolino Libralato is not a mere scenography painter, but he is a real craftmanship master, an “artisan” in the noble and complete sense as ancients meant it.

Libralato, with his “Bottega”, practices his painting art by trying to transfuse something more than the simple seal of skill or efficiency, we may say that he somehow transfuses a kind of spirit. By his work he cancel temporal gaps, pointing out the absolute and contemporary value of his masters.

Paolino Libralato was born in Noale, Venice, in 1958.
In the 1978 he’s got his graduation of the painting decoration at the “Istituto Statale of art in Venice”, and, from 1981 his attended a scenery course at the “Belle Arti” Academy where his got his second graduation in the 1984.

Later, in 1982, while he was attending a course of “Scaglieri’s Scenery” as an alumni, he met Mr. Maestro Gianni Bellini and Mr. Proff. Ranchetti , whos teaches him the first painting\scenery techniques.
This collaboration it’s been one of the most important for Paolino’s career, lasted till the 1988, when he’s got his diploma.

Between “88 and “90ish, he’s presented his first own opera as a free “scenery\painting” professional, at some different atelier in Treviso, Verona, Novi Ligure, Florence, Rome.

Became a strong and powerful professional, in 1990, his opened his first “Bottega” in Treviso.
His special art ability brought him to made several scenery performance for Italians and Internationals theatres, revised a new value about this scenery and painting study.
In recognition of his craftsmanship of his amazing jobs, in the 2016 he’s been declared as one of the Best Italian Artist by the “Fondazione Cologni dei Maestri d’Arte”; the same title been declared also to Dante Ferretti, Franca Squarciapino and Angelo Sala. 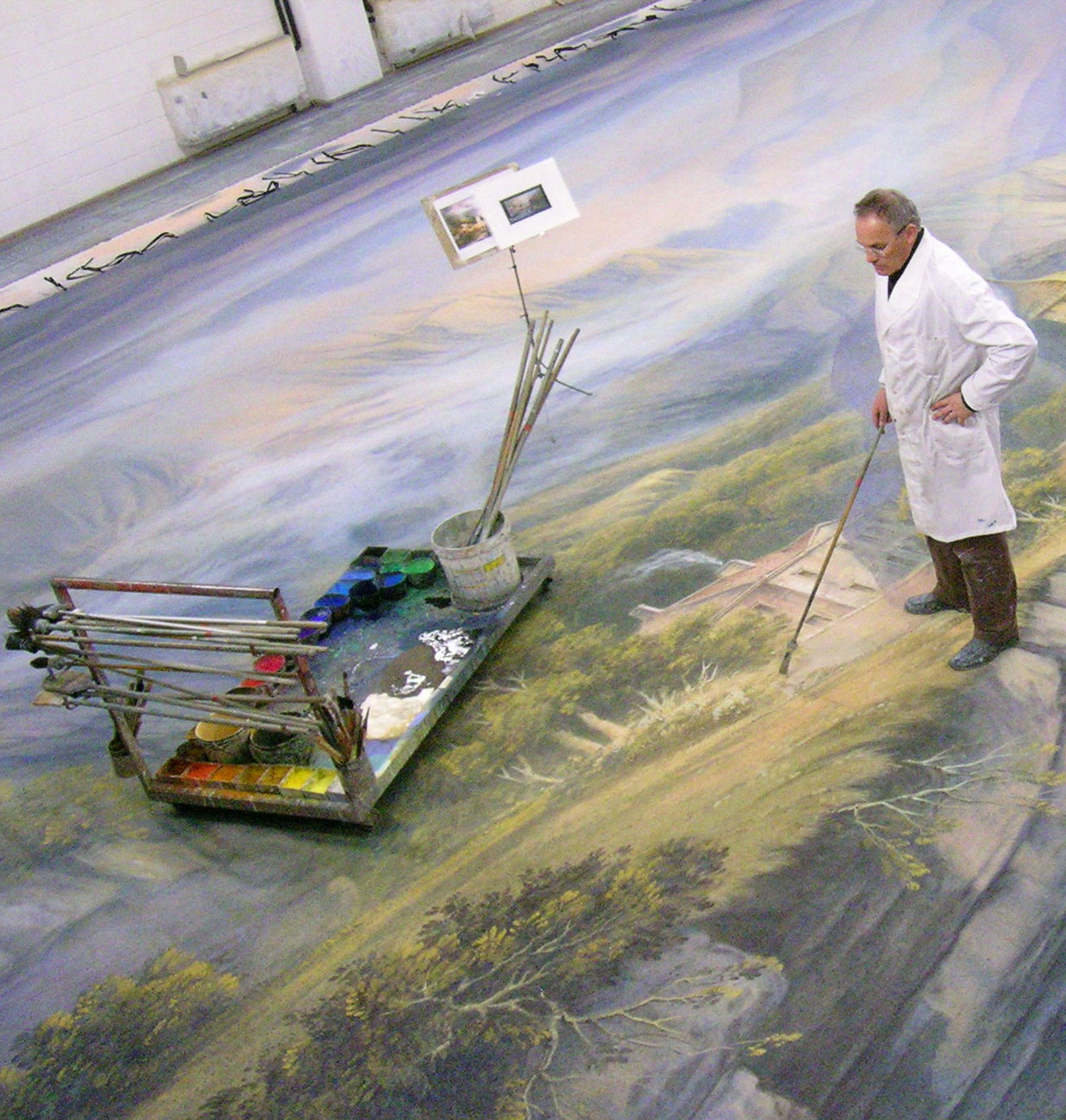